Awesome hipster type restaurant which is also a bookstore and apparently a open poetry spot.

I am neither vegan nor vegetarian, and this place is still able to act as my personal “crack of baked stuff” 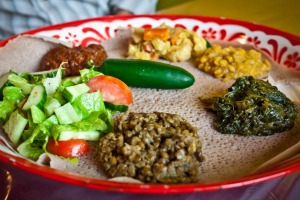 One of my favorite Ethopian Restaurant in DC 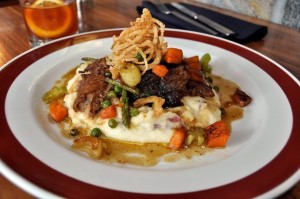 It is one the Classy Restaurant’s of DC. The food is simply irresistible!!!! 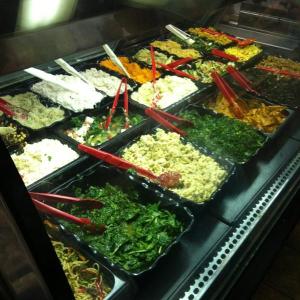 This American run vegetarian restaurant. You can experience some beautifully cooked vegetables. 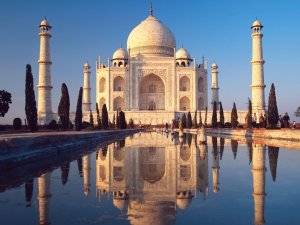 The rich history of India, along with its cultural and geographical diversity makes its international tourism appeal large and diverse. Let us have a look at the most visited places in India, where people from all over the world flow into, for an exotic vacation – Agra. Agra is the most visited city in India, since it is home to one of the greatest eternal symbols of love-Taj Mahal. This white domed marble mausoleum is one of the Seven Wonders of the World and has an epic love story behind it. Fatehpur Sikri, Agra Fort, Akbar’s tomb, Ram Bagh and Sikandra fort are some of the must visit places in Agra, apart from Taj Mahal. 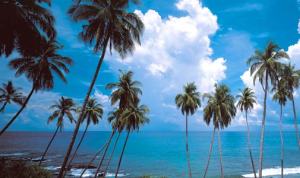 Goa, the smallest state of India is known for its exotic beaches with amazing sunset view, golden sand and coconut palms playing with the wind. If having a great time with a dear one is on your mind, Goa is the perfect place for togetherness. Tasty seafood, parasailing, wind surfing and water-skiing facilities make the beaches of Goa a core fun place. Alorna Fort, Ancestral Goa Museum, Arvalam Waterfalls, Chapora Fort and Calangute beach are some of the popular destinations in Goa.

Kanyakumari which is also known as Cape Comorin is the place where the three humungous water bodies namely, Indian Ocean, Arabian Sea and Bay of Bengal meet up. People cannot stop gazing at the darkening horizon and enjoy the moments of solitude. Sunset is more spectacular than a sunrise here and witnessing the setting of the sun makes up for a serene holiday. Lakhs of tourist, round the year are lured by the serene beauty of this place and the spectacles of sunrise and sunset.

Jaipur and Udaipur, located in Rajasthan gives us an insight into the rich cultural and artistic traditions of the state. Hawa Mahal or ‘Palace of Winds’, located in Jaipur , designed in the form of the crown of Lord Krishna is a beautiful construction, which draws tourists from all over the country. This pyramid shaped monument with 953 small windows stands as the entrance to the City Palace, Jaipur and is a notable sight here. The Lake Place of Udaipur is one of the most beautiful palaces in the world, which is now converted into a hotel equipped with 66 rooms and 17 suites. 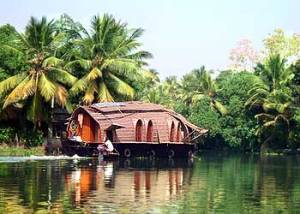 The enchanting backwaters of Kerala, the mesmerizing waterfalls, the hill stations and the serene atmosphere make the state one of the most preferred tourist destinations. Kerala Backwaters comprises of a chain of lagoons and lakes which lies parallel to the Arabian Sea. A cruise in the House boats gives tourists a unique and exciting chance to experience the beauty of the surrounding greenery and nearby villages. Munnar, Thekkady, Wayanad, Athirapally waterfalls, Varkala beach and Sree Padmanabhaswamy temple are the most preferred tourist destinations in Kerala.

Delhi is one of the most historic capitals in the world and it is also home to some of the stunning and gorgeous tourist sites. The India Gate- the national monument of India, the Bahai House of Worship, commonly known as the Lotus Temple, Jama Masjid- the principal mosque of India, Rashtrapati Bhavan -the official residence of the President of India situated near Parliament House and Qutub Minar- a UNESCO World Heritage Site are the renowned and most visited destinations in New Delhi. 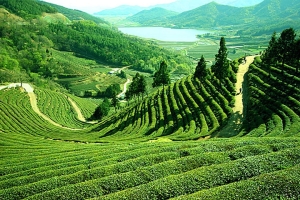 Darjeeling is fondly called the ”Queen of the Hills” and is at an altitude of 2134 meters above mean sea level, nestled among the rolling mountains. Darjeeling produces most popular teas in the world and one can admire clear view of the world’s third highest peak, Kanchenjunga from here. Darjeeling hosts some of the most popular hill resorts in India and the sight of sunrise is simply spectacular. 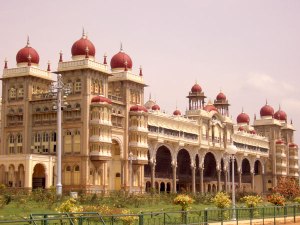 The cultural capital of Karnataka, Mysore is located at the base of Chamundi Hills and is noted for its palaces, mainly the Mysore Palace. This palace, also known as the Amba Vilas Place is one of the most famous tourist attractions in India after Taj Mahal and is visited by more than 2.7 million visitors annually. Mysore Dasara festival, celebrated here during the season of autumn attracts people from various parts of the world. Chamundeswari Temple, Sri Chamarajendra Zoological Gardens, St. Philomena’s Church and Brindhavan garden are the popular landmarks of Mysore.

The Ajanta Caves in Aurangabad district of Maharashtra are 30 rock-cut cave monuments and these splendid architectural wonders portray the rich heritage of India. The paintings and sculptures in these caves are supposed to be masterpieces of Buddhist religious art. The cave temples are positioned in a horse-shoe shaped cliff.
The cave temples of Ellora located in the Deccan Plateau were excavated between 600 AD and 900 AD. There are numerous Buddhist, Hindu, and Jain temples here and all of them are made from solid rock. The Kailas (heaven of Siva) temple in Ellora is one of the most interesting and attractive cave temples here. Ellora, also known as Ellooru, represents the epitome of Indian rock-cut architecture.

Cooking with a Wallflower
WordPress.com News

The latest news on WordPress.com and the WordPress community.

Never Too Old To Explore

Reflections on Canadian Culture From Below the Border

Romancing the planet; a love affair with travel.

A writing blog where I can fully express my creativity

Far Away In The Sunshine

Welcome to my inner world

girl, living in the far north, trying to think less and live more.

The World Is A Book...
Perception

News and commentaries for a free and just China